The Public Square and the School 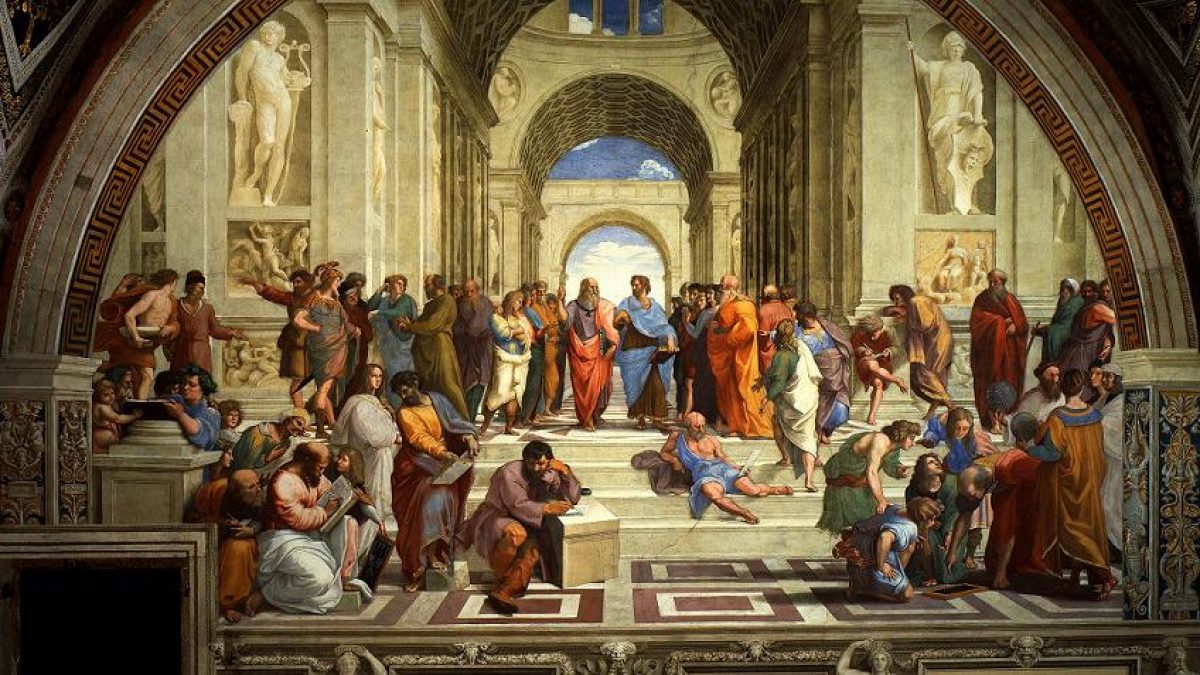 Since some dear people have asked me what my thoughts are regarding street protests, why I do not myself participate and more, I am sharing with you, in essence, the answers I gave.

Public squares stimulate choral exchanges, ones that are often joyful, noisy and sometimes humoral, enabling old instinctual drives of the collective unconscious. Taking part in a street protest can be useful (even if it is hasty and superficial by nature) in order to meet others, better know oneself and measure oneself with others, discovering public opinion without exclusively relying on mainstream news sources.

Protests in public squares create a particular kind of psyche, not one so much characterized by the sum of individual minds, but an obvious and well-known regressive psyche of the masses. In the good as in the bad, an individual is thus reliant on the quality of thought of the people who make up the crowd in question.

Perhaps it is worth remembering that taking part in street demonstrations does not favour personal development, if anything, they are occasions to express consensus or collective dissent. In fact, the public square as a place of protest, favours the expression of outbursts and slogans rather than in-depth reflections on complex issues. The protagonists of street demonstrations tend to make the message more of a spectacle. Using the techniques of mass communication, they reduce to little or nothing the dialogue between those who speak and those who listen; a dialogue that could otherwise be the basis of effective personal development. The streets and public square, lend themselves much more to propaganda, which is suggestive and indoctrinating, than to deep and calm dialectics that favour personal growth.

For me, the place that remains the most effective for personal development throughout time is school- a term understood in the highest and most authentic sense where people, united by the desire to learn the art of evolutionary living, gather around recognized masters to ask questions, accept teachings, reflect, have in-depth dialogues, striving not only to acquire theoretical knowledge but also assimilate consistent ethical-behavioural models.

See the upanishadic model, the gurukula, based on principles that educate to ethical-behavioural virtues such as the sense of personal and social responsibility: daivi-varna-ashram-dharma, achara-prachara, yama-niyama, sadhu-sanga, and much more.

Since the two meeting places, the public square and the school, are different environments of experience, we must be careful not to confuse them because this would have undesirable effects. If on the other hand, we are able to maintain proper discernment, from which personal and collective equilibrium arise, the square and the school (when properly managed) also become complementary environments. Together they allow for the acquirement of dialectical skills towards the harmonious development of all participants’ personalities.

Let us also remember that we are the representatives of a recognized BhaktiVedantic (spiritual) School of BhaktiVedantic Tradition. We feel it is our duty to adequately train as many people as possible in terms of ethical-spiritual awareness so that they become women and men capable of catalyzing, with lasting success, urgent social and cultural, humanistic and scientific changes. The most urgent paradigm shift to inspire our students and the one of utmost importance among them all: a deeper knowledge of oneself, of one's own spiritual matrix, allowing a renewed vision of the world and of all creatures in terms of love relationships. Life is Love, it is "the love that moves the sun and the other stars".

Any attempt at revolution, awakening or conversion – bitter or sweet as it may be - if it is aimed at achieving the greatest material comfort for oneself, then regardless of the adopted policies, we can only expect yet another personal, collective and environmental failure. If on the other hand, the aim pursued is the Love for all creatures, for creation and for the Creator, material well-being will be produced naturally and abundantly. This is a result of respect for the Dharma, the source of an infallible cosmic-ethical principle of remuneration for all actions.

Since we live and work mainly in Italy, the Italian Constitutional Charter and the Bhagavad-gita on the socio-spiritual level can contribute to the material and spiritual realization of all. They are two beacons that can enlighten hearts and minds to fulfill our human and divine duties in the here and now while looking to the future with a sense of responsibility.